In the last weekend of June the women’s rugby team went to Dublin to watch the final qualification for the Olympics in Rio.

16 teams from all over the world were competing for the 12th and final spot in the 7s tournament in Rio this summer, so the ladies were ready to watch a whole lot of rugby and drink a lot of Guinness.

The team had been talking about going on a rugby tour for a while and when our exchange student Shauna, who had been with us for a year, left to go home to Ireland it was a great opportunity to say a proper goodbye and watch some rugby at the same time.

We were all staying with Shauna in her apartment in Dublin, so it felt like a massive slumber party with people sleeping everywhere. Some of us arrived Friday afternoon, and in between hiding from the rain showers, we walked around exploring Dublin and waited for our host to get of work. Once she joined us we walked to the apartment and went food shopping so dinner was ready when the rest of the team arrived Friday night. Once everyone got to the apartment we had dinner and spent most of Friday drinking beer and telling stories, and had a quick peak at the local pub.

Saturday we were all up bright and early since the matches started at 10 am and lasted all day, so we hopped on a bus and went to the stadium. Saturday was the pool stage of the tournament and only 8 out of 16 teams advanced to play for that one spot at Rio the following day. We had an internal pool wh 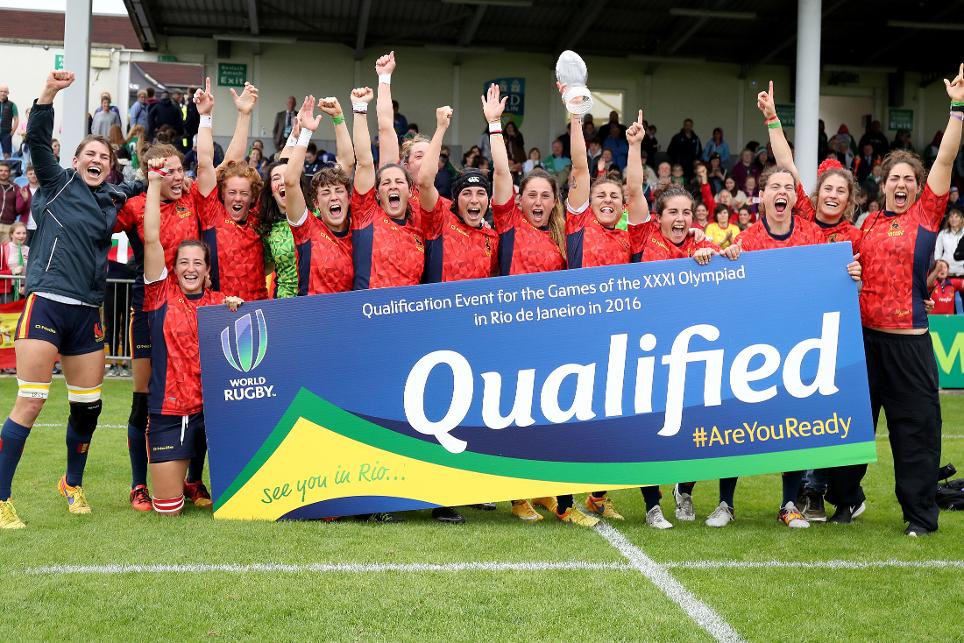 ere everyone bet 5 euros on which team to win, so there was a bit a rivalry amongst all the girls since everyone wanted their team to win. This also made the long day much more fun because almost every game was suddenly exciting.

Once the games Saturday were over we headed straight for the Temple Bar Area of Dublin aka party district where we had dinner and then went to the pub. We were lucky enough to find a pub with live music and room for all of us, so the rest of the night was spent drinking Guinness, cider and baby Guinness while singing along to all the classics.

Sunday morning we were at it again, getting up early to go to the stadium. All though some of us were struggling with a bit of a headache from the night before we were still enjoying watching the games. The semi-finals ended up being Ireland v. Russia and Spain vs. Kazakhstan. Unfortunately, the home team did not manage to pull through so it was Spain vs. Russia in the final. After an intense game Spain ended up on top which resulted in a party on the bleachers since Russia only had two fans with them plus the three girls from our team who bet on them.

The rest of Sunday was spent relaxing in the apartment with those of us who were still there. Monday we went sightseeing, some of us saw the actual sights others went to the pub to have a final beer.

ll it was a great weekend and a good opportunity for us to get to know each other even better. We watched a lot of great rugby and learned so much by watching these rugby teams from all over the world. Some of us found ourselves cheering for countries we normally do not, like China who had some tough girls, others almost fell in love with a Venezuelan girl who besides being really good at rugby also looked pretty cool while playing.

We also learnt that if we really want to be good we should perhaps trade in the pub with gym on a more regular basis since most of the players looked like the fitness models on Instagram. However, this is probably unlikely, and seems like a boring idea, so the CBS Sport Rugby Ladies will probably just be sticking to pub 😉

The trip was made possible with funding from the Sports Pool (and other contributors) – read more here.